The Scharr family of Ocean Springs, Mississippi had its domestic origins in west central Wisconsin.  There is a high degree of certitude that two Scharr brothers from Wurtemberg in southwestern Germany, John Scharr (1827-1860+) and Ulrich Scharr (1828-1877+), settled here between 1858 and 1862.  John Scharr’s family made its way west to Pepin, Wisconsin via Illinois and New Jersey, while Ulrich Scharr appears to have come directly to Wisconsin and acquired land at Nelson, Wisconsin.  Nelson is only seven miles east of Pepin, which is situated on the Mississippi River.  It would be Joseph U. Scharr (1874-1954), a son of Ulrich Scharr, who would lead his young family south to Mississippi before 1920.(1860 Wisconsin Federal Census, M653R1426, p. 48)

In 1900, Mrs. Phillipine Scharr was a widow and domiciled at Nelson, Wisconsin.  She had two children residing with her: Joseph Scharr, a railroad carpenter, and Lilly Scharr.  Lilly suffered an injury as a child and remained with her mother, helping care for her until she passed in 1921.(1900 Wisconsin Federal Census, T623R1779, p. 165 and Donald Scharr, April 13, 2004)

In late 1918, Joseph Ulrich Scharr (1874-1954), a career railroad man, would leave the frigid cold winters of Wisconsin and North Dakota and relocate his family to the temperate climes of The South settling just north of Pass Christian, Harrison County, Mississippi.  In 1919, the Scharrs found Ocean Springs, Mississippi-“The Land Where Dreams Come True”.(The History of Jackson County of Miss., 1989, p. 342)

Joseph worked as a foreman of a signal crew for the L&N Railroad until his retirement in 1940.  He was active in the Masonic Lodge, serving as Most Worshipful Master and helped with the construction of the current Masonic Lodge now located on the corner of Government and Bellande.  After retirement, Joe served one term as an alderman for the City of Ocean Springs.

Joseph passed away at his home on November 4, 1954.  Lenora remained active in the Ocean Springs Methodist Church until her death in January 1962.  The Scharr’s were buried in Evergreen Cemetery in Ocean Springs, Mississippi.

In June 1924, Joseph U. Scharr acquired a large home on Cox Avenue, present day 816 Church Street from George L. Friar (1869-1924).  The consideration was $1950.  Originally constructed without wiring for electrical service, Joseph wired the house to provide his family with the modern convenience of electricity.  This two and one-half story, wood frame house has a pyramidal roof.  The one story porch features three bays supported by turned posts, brackets, balustrade, and hip roof.  The paired, second floor windows integrate with the square, attic lights to create an effect topped by a gable.(JXCO, Ms. Land Deed Bk. 54, pp. 67-68, Donald Scharr, April 12, 2004, and Berggren, 1986, pp. 1-2)

In late January 1892, The Biloxi Herald announced that: “The VanCleave Hotel has been sold to Mr. Meyers of Pass Christian.  It is intended to add another wing to the building”.(The Biloxi Herald, January 30, 1892, p. 1)

It can be ascertained from the Jackson County Land Deed Records that Mrs. Emma Arndt Meyer of Ocean Springs paid R.A. VanCleave and his wife, Eliza, $3300 for the hotel on December 14, 1891.  The sale excepted the furniture, beds, bedding, dining room furniture, and kitchen furniture.(JXCO, Ms. Land Deed Bk. 13, p. 157)

Emma A. Meyer ’s brother, George E. Arndt (1857-1945), had come to Ocean Springs in 1881, from Rodney, Mississippi and established himself as a hard working businessman.  He owned and operated the Paragon Saloon at Washington and Robinson across the street from her hotel, which was situated on the present day site of the Salmagundi gift shop.  In March 1924, Mrs. Meyer was a resident of Los Angeles.(The Jackson County Times, March 1924, p. 5)

James L. Clarke Jr. was reared on East Porter and attended local schools.  His father was a local contractor and built several homes on Porter between Bellande and Kotzum before 1930.  James L. Clarke Jr. was peripatetic by nature and worked for the L&N Railroad.  His niece, Lurline Schrieber Hall, remembers that her Uncle Jim worked in Pensacola, Hammond, Louisiana, and California before returning to Ocean Springs to marry Ellen L. Scharr who was the cashier at Gottsche’s Thrifty-Nifty at this time. (Lurline S. Hall, February 15, 2004)

James Lundy Clark Jr. expired at Long Beach, California on August 19, 1961.  His corporal remains were shipped to Ocean Springs and given a Methodist burial in the Evergreen Cemetery.(The Daily Herald, August 21, 1961, p. 2)

In January 1964, Ellen married Raymond C. Easton (1885-1977) at Long Beach, California.  She had been introduced to him by several cousins who lived in Montana.

Clair U. Scharr expired on August 4, 1972.  He was survived by his daughter, Kay Scharr Sprayberry.  Mr. Scharr’s corporal remains were interred in the Evergreen Cemetery in Ocean Springs.(The Daily Herald, August 4, 1972, p. 2)

Lucille A. Webb and John Webb were the parents of three children: Jon Dwain Webb, Ann Darlene W. Batia, and Reed Scharr Webb.  John Webb grew up in the Fort Bayou community, which was focused around the Antioch Missionary Baptist Church.  He made his livelihood as a barber in Ocean Springs.  In September 1929, he and Mr. Fairley, a neighbor from north of Old Fort Bayou, commenced the Sanitary Barber Shop in the O.D. Davidson building on Washington Avenue.(The Jackson County Times, September 14, 1929, p. 2) 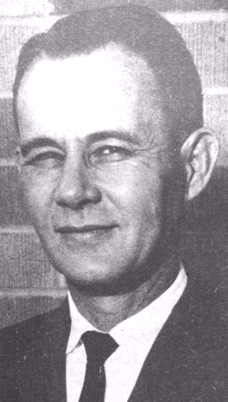 Orwin Joseph “Little Cus” Scharr (1914-2002) was born in Dickinson, North Dakota on April 14, 1914.  He graduated from Ocean Springs High School with the Class of 1932.  In March 1933, Orwin enlisted in the U.S. Marine Corps and went to Parris Island, South Carolina for basic training.  From July 1933 to June 1936, Orwin was assigned to the U.S.S. Texas.  In February 1934, Pvt. 1st Class Scharr was selected to a U.S. Naval Academy preparatory training class while aboard the U.S.S. Texas.  During a portion of his sea duty, Orwin was joined on the U.S.S. Texas by his brother, Clair U. Scharr, a fellow Marine.  Virginia Thompson Lee (1901-1986) writing for The Jackson County Times, related of the Scharr brothers reunion aboard the naval dreadnaught: “we extend best wishes for a BIG AND BETTER time, as TWO SCHARR’S can cause twice as much fun as ONE.” (The Daily Herald, February 20, 1934, p. 6 and Jackson County Times, September 29, 1934, p. 2)

While on the U.S.S. Texas, Orwin and Clair U. Scharr were the recognized ship champions in wrestling and boxing, respectively, representing the U.S.S. Texas when in port.  Orwin was also a member of the U.S.S. Texas’s fleet championship whaleboat racing crew.(Donald Scharr, April 12, 2004)

Orwin J. Scharr returned to Ocean Springs after his military service.  In January 1940, he married Elinor Wright (1913-1953) in St. Paul’s Methodist Church in Ocean Springs.  The newly weds made their initial home in the Bosse Cottage at present day 316 Jackson Avenue upon returning from their up state honeymoon.(JXCO, Ms. Circuit Court MRB 30, p. 309)

Elinor Wright was a native of Whittier, California and the daughter of John C. “Jack” Wright (1879-1941) and Florence Hunt (1875-1961).  Haralson Lafayette “H.L.” Hunt (1889-1974), the Texas oil tycoon, was her uncle.  Elinor and her family came to Ocean Springs from southern Illinois, in 1919, where her father operated at dairy and pecan orchard in what is now the Maurepas Landing Subdivision.

J.K. Lemon (1914-1998) fondly remembers the day the Wright family drove into town from the north.  He was a five-year old, towhead lad living at 16 Iberville Drive.  Jack Wright stopped in front of the Lemon home to ask James K. Lemon (1870-1929) directions to their new property.  Their touring car had an Illinois license plate and was inundated with road dust, as this was the era when unpaved roads were the norm.  That evening Mrs. Lemon went to the Wrights' home with some vegetable soup she had prepared especially to welcome them to town.  Being Yankees of sorts, they weren't accustomed to having large beef chunks in their "vegetable" soup.  They called it "animal soup"!  Regardless, the Wrights got a glimpse of good Southern hospitality the Lemon way.(J.K. Lemon, October 1991)

After completing her studies at Ocean Springs High School in 1931, Elinor Wright matriculated to Whitworth College, at Brookhaven.  She continued her studies at Wesleyan University and the University of Illinois where she received her master’s degree.  Elinor returned to Ocean Springs to teach history at the public high school.  In 1939, she wrote the script for the first enactment of the Iberville Landing pageant celebrated in Ocean Springs.(The Gulf Coast Times, February 14, 1953, p. 1 and Donald Scharr, April 12, 2004)

Elinor Wright Scharr expired at Touro Infirmary in New Orleans on February 14, 1953, after an extended duel with cancer.  Her corporal remains were interred in the Southern Memorial Park cemetery at Biloxi.(The Daily Herald, February 14, 1953, p. 4)

Orwin J. Scharr commenced his employment with the US Postal Service at Ocean Springs in 1940.  He had worked briefly as a signalman for the L&N Railroad after being discharged from the Marine Corps in the late 1930s.  Mr. Scharr was officially appointed Postmaster at Ocean Springs on September 25, 1964, the 22nd person to hold this post since 1853.  During his tenure, the new US Post Office on Desoto and Jackson was dedicated on June 19, 1966.  Postmaster Scharr retired from the postal system in April 1969.(The Sun Herald, August 9, 2002, p. A-9, The Ocean Springs News, October 1, 1964, p. 1 and The Ocean Springs Record, June 23, 1966, p. 1)

Orwin J. Scharr was an exceptional human being.  His love of Ocean Springs and its history was second to none.  One of Orwin’s passions was to chronicle the past of the Methodist community in Ocean Springs from its 19thCentury commencement.  He had joined St. Paul’s United Methodist Church as a teen and served as its treasurer for forty years.  In addition, Orwin belonged to McLeod Masonic Lodge No. 424 F. & A.M. holding the office of Most Worship Master and treasurer during his sixty-year association.(The Sun Herald, August 9, 2002, p. A-9)

Community service was another aspect in the active life of Orwin J. Scharr.  He served four terms on the Ocean Springs School Board from 1962 until 1981.  Circa 1967, Orwin succeeded Dr. James Waddell as president of the school board when the popular local physician retired from this august body.  During Scharr’s dedicated tenure on the local school board the town grew and the school system expanded proportionately.  A new high school and Greyhound Stadium were completed in 1965; a new junior high school was built in 1974; the Pecan Park and Magnolia Park Elementary School plants were finished respectively in 1967 and 1969.(The Sun Herald, August 9, 2002, p. A-9)

Ruth Y. Dickey, discovered Ocean Springs in the early 1920’s when her parents acquired the Christian C.A. Hanson (1845-1914) home at present day 112A Shearwater Drive.  Mr. Dickey named their summer home, Shadowlawn.  By 1933, the family had moved permanently to Ocean Springs.  Ruth was a 1933 graduate of Newcomb College in New Orleans.  She received the silver plaque, the highest award offered at Newcomb.  After she taught elementary school in Ocean Springs for three years, Miss Dickey relocated to the Crescent City to work as an assistant in the Tulane Library.  In August 1941, Miss Dickey returned to Ocean Springs to marry Eugene “Shorty” White and to teach high school English.  She became Head Librarian at Keesler Air Force Base in 1948, where she remained until her retirement in 1973.  Ruth passed on August 22, 2000.  Orwin Joseph Scharr expired on August 7, 2002.  Both were buried in the Evergreen Cemetery on Old Fort Bayou.(The Jackson County Times, March 22, 1941, p. 4 and The Sun Herald, August 23, 2000, p. A-8 and August 9, 2002, p. A-9)